In the previous episode Yuzuki Nasa and Tsukasa met and got married. At the end of episode one Tsukasa tells Nasa to head back home first as she has something to do.

“I felt like, If I let her leave, I would never see her again”

This episode started with Yuzuki back at his apartment waiting for Tsukasa to come home. While waiting Yuzuki is thinking about what has happened, It is starting to suddenly sink in to him that they have just got married and what that entails.

First off they are going to spend the night together for the first time and they will now live together in his small apartment. He has a single bed so he was thinking of a way that they could both fit on the bed. One option is, if Tsukasa rests her head on his arm, the other option is if he hugs Tsukasa like a pillow. At that point he realizes that Tsukasa has returned and heard alot of the conversation. She explains that she has been there for some time and let herself in due to the door being unlocked.

Tsukasa then explains that what she needed to do was collect her suitcase from the coin lockers. Yuzuki wanted to make sure that Tsukasa is going to spend the night and Tsukasa admits that is her plan. They are married after all. She is planning on staying with him on a permanent basis from now on. Yuzuki then subtly asks if there isn’t anyone waiting back home for her who will be worried about her disappearing. But Tsukasa says she doesn’t have a place anymore. Yuzuki is quite shocked and speechless by this admission.

Tsukasa then notices that there’s one single bed and she then states that she doesn’t want to be a nuisance. Yuzuki excitedly tells her she is not and if anything he’ll sleep on the floor. Tsukasa though is worried that he may end up sick if he does that and that she will stay at a capsule hotel instead. Yuzuki gets upset about this idea even though Tsukasa assured him that cause she is his wife now he doesn’t have to be anxious as she isn’t going anywhere and will return.

Doubts start creeping into Yuzuki’s mind as to why Tsukasa married him. As for himself it was love at first sight. She’s really cute and saved his life. But on Tsukasa’s part he was unsure because he thinks he has not done anything for her that could make her fall for him. So he bluntly asks Tsukasa for the reason.

Tsukasa says that it’s a silly question and returned the question to him. Yuzuki said that he married her because he loves her. Then Tsukasa admits that it’s the same thing for her, that she wouldn’t marry someone that she didn’t like. But for how and when she fell for him, she’s not telling, atleast not for now.

Tsukasa then goes about finding somewhere else to stay, As she goes out, Yuzuki follows her. He gets the anxious feeling that if she leaves now he’ll probably won’t see her again, So he chases her and says that he’ll buy anything that she needs aslong as she stays with him.

They head to a local bargin store to purchase a futon that Tsukasa can use. They are many different varieties and Tsukasa was impressed on how knowledgeable that Yuzuki is about the different types and brands of futons. Yuzuki’s studious life paid off. He thought that their visit to the bargin store felt much like a first date.

Once they laid the futon on the floor to their little apartment, reality again is sinking in for Yuzuki and his imagination starts going off in all directions.

Tsukasa notices that the apartment doesn’t have a bath and questions Yuzuki, Yuzuki explains that he uses the local bath house in the mornings and that they will go there together. Due to the lack of some other necessities they then went for a stroll to the local convenience store. Then once home they changed clothes separately because they were still too embarrassed to change in front of each other.

Yuzuki has a hard time sleeping because his heart is pounding over Tsukasa sleeping on the futon next to his bed. He still cannot believe what has happened. He decides to just watch Tsukasa sleep and notices that she is a restless sleeper. She moves around alot when she’s sound asleep and even pinches Yuzuki’s blanket so he has no choice but to sleep without one.

The next morning Yuzuki is happy to realize that it wasn’t all a dream and that his bride is still asleep on the futon. In Tsukasa’s confusion as she awakes she starts undressing right in front of Yuzuki, luckily Yuzuki stops her and steps out the room. Afterwards they start discussing what to call each other. At first Tsukasa wants to call Yuzuki “Nasa-Kun” and he wants to call her “Tsukasa-chan” because it sounds cute and it suited her. In the end Tsukasa ends up calling Yuzuki “danna-sama” due to getting shy and admits that she will get used to calling her husband “Nasa-Kun” eventually.

I am still a little baffled to what Tsukasa meant by her not having a place anymore, she was still quite vague on that and I hope that we find a reason behind that at some point in the anime. There are a few questions that come to mind on this like did she run away? Did her family disown her? Just where did Tsukasa come from anyway?

By Tsukasa’s reactions she is sincere about the fact that she loves Yuzuki so I doubt that this is all a scam or lie. Tsukasa also seems to know what she is doing alot more then what Yuzuki does. Yuzuki seems to be a bit all over the place with his thoughts and actions.

I loved the pacing of this episode and felt relaxed throughout. I even chuckled a little bit over Tsukasa’s embarrassment over calling Yuzuki, Nasa- Kun.

I am looking forward to the next episode as there will be some new characters introduced as Yuzuki and Tsukasa visit the local bathhouse together. 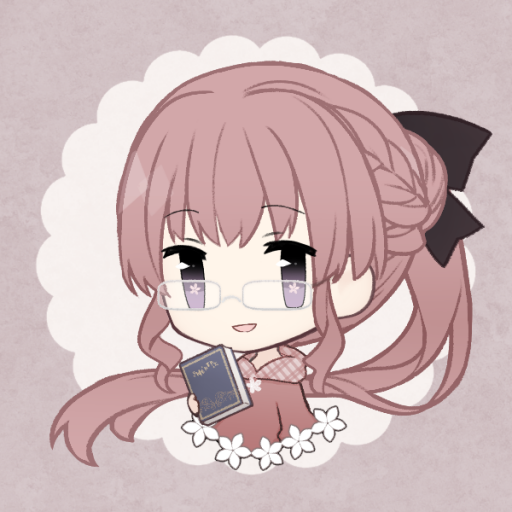